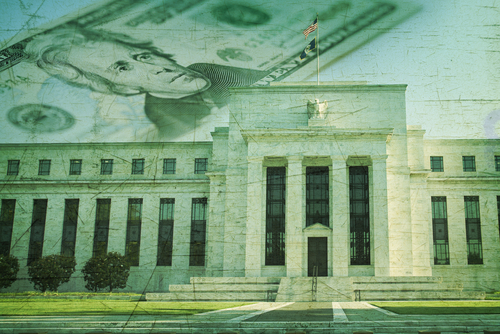 3 issues are clearly front and center!:

This week, Chairman Powell will announce a rate hike, most likely .50%.  He will also announce the beginning of letting the balance sheet run off, meaning the massive $9 Trillion of Government and Mortgage bonds will start to shrink.  We are now beginning to feel the impact of the Fed’s mistakes of 2021.

During 2021, the Fed purchased with new money and balance sheet reinvestments, approximately $2 Trillion of bonds.  Imagine that, just as the economy was growing quickly, our Fed believed it was prudent to continue to throw massive gallons of gasoline on the fire.  Just imagine…. you’re working for an employer and you make a huge mistake over the period of a year.  Would you retain your job?  No way!  Only in Government is accountability practically non-existent.

The (1.4%) is a little misleading as the data that makes up that percentage has several components.

In the 4th quarter of 2021, businesses ordered massive inventories (supplies) as supply chain issues were a bit improved.  Because of the massive build up, new orders for inventory fell in the 1st quarter, subtracting from GDP.

Also in the 1st quarter of 2022, we exported much less than we imported, which also subtracts from GDP.  Keep in mind, China and other Asian countries are in lock-down mode which is a major contributor to this issue.

On the plus side, the US Consumer (which makes up a significant part of GDP) was reported as a positive contributor to the overall number.  As most of us are complaining and concerned about higher prices, we are still out and about spending money.  The unemployment rate is 3.6%, which has been holding steady for several months – a positive sign.

So, GDP did shrink last quarter however the numbers are not as bad as the headline!!

What will happen going forward?  The Fed currently has the crystal ball foggier than ever….

We are swiftly moving through earnings season.  The vast majority of companies reporting lately have beaten earnings estimates, however forward guidance is in question.  Many companies are being cautious about revenue and costs going forward, because of the uncertainly of the Fed, the impact of the war and China’s Covid lockdown.

Before the correction, my prediction was for the stock market to decline between 10%-15% before bottoming.  Obviously, we are very close to that lower range.  I thought bonds would be down, however not nearly as much.  I guess that’s what happens when the Fed is trying to make up for their poor forward guidance last year.