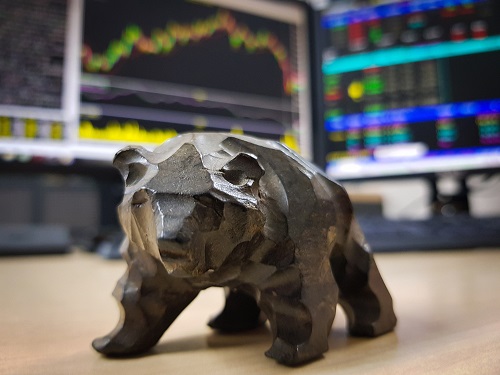 Earnings reports from Amazon, Apple and a few others helped to fuel the recent market rally.   It’s certainly nice to see the S&P make a fairly significant move off of it’s mid-June low of approximately 3666, to close @ 4130 last Friday.

Is this a “bear market” rally?  Like most facts, we’ll know over the next couple of months, or so.

Knowing if we’re in a bear market is similar to knowing whether or not we’re in a recession. The National Bureau of Economic Research (NBER) is responsible for deciding whether or not we’re in a recession, and when the recession is over.   Two calendar quarters in a row of negative GDP growth is widely held as the definition of a recession.  The NBER uses three criteria: depth, diffusion and duration.  The NBER will announce the start of a recession, often times, well after the recession is actually over, as they analyze data over a period of time.

A continually strong job market and consumer spending can certainly mask a slowing economy, for a period of time.  Hopefully this will continue and our supply chains will improve soon, so the Federal Reserve doesn’t have to hike rates too high, leading us into a more challenging position.

Last week, as you’re aware, the Fed hiked rates another .75%.  Also, we learned the economy shrunk by (.9%) in the 2nd quarter, which is now two quarters of negative growth.  In addition, the Fed’s favorite measure of inflation, the Personal Consumption Expenditures index, came in at a hot 6.8% in June, up from 6.3% in May.

What is interesting, as the Fed is moving rates higher in an unprecedented manner, bond market rates have contracted.  The 10-Year US Treasury ended last week with a yield of 2.64%, well off of its recent high of just under 3.5%. The 2-Year ending last week with a yield of 2.90%, off of it’s high of 3.4%.  Most of the yield curve is negative, meaning rates for shorter term maturities are higher than longer dated maturities.  Perhaps the bond market is suggesting that growth is going to truly slow, and inflation will start to move in the direction we desire?

Most expect when July’s inflation data is announced this month, the numbers will be lower. Gasoline prices are certainly off their recent highs, and some food prices have also started to moderate.  The housing market is showing signs of slowing on the back of rising interest rates, however rates have also moderated slightly.

The job market has been robust lately, to say the least. It’s worth watching new applications for weekly unemployment insurance (as they’ve been trending higher), as well as Friday’s job creation report for the month of July.

I would expect the markets to continue to be choppy, as we’ll have a lot to digest, not to mention mid-term elections will soon be front and center.