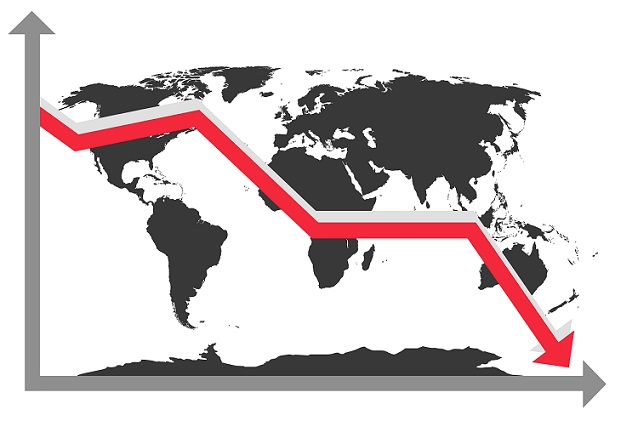 Last week, the European Central Bank (ECB) and China both announced measures to support their slowing economies. The ECB said they would keep interest rates at the current low level through the end of 2019. With a 9-year German Bond yielding (-.94%), it’s a little amazing that they are even discussing increasing interest rates. The Markets are simply not “buying it”.

Slowing Global Growth is a concern, especially how it’ll translate into the value of your investment holdings. One thing for sure, we’ve been a tremendous benefactor of Government Stimulus as Quantitative Easing here in the United States didn’t stop until recently, propelling our Markets to all-time highs.

So is stimulus a good thing? In my opinion, it is good, until it no longer works or needs to be paid back!

Bonds acted as expected with yields down and prices up with the Barclays Aggregate Bond Index gaining .68% for the week.

Over the pond, Equities were also down, however not quite as much. The MSCI EAFE International Index lost (-1.91%) and the Emerging Market Stock Index down (-1.99%).

The first Friday of each month, the report on employment is released. Much anticipation happens prior to the announcement as this lagging information does impact what the Federal Reserve decides on interest rate policy. February’s number came in at a surprising gain of only 20,000 jobs, the least in 17 months. The unemployment rate dropped back down from 4% to 3.8%. Average hourly earnings increased 3.4% from the year prior.

Should we be concerned? Its worth as always to keep paying attention, however I think we need to see if this is the beginning of trend or if just a result to seasonal adjustments, the government shut-down, etc.   My guess at this point, it’s not an issue to be overly concerned.

With the current state of the U.S. versus China trade war, how many more employees would you hire until we get a resolution!

Income Taxes: How much did the top 10% of income earners pay of our United States federal income tax in 2016? (The average adjusted gross income of this group was approximately $140K).

Medicare: The 2 basic parts of Medicare are Part A (Hospitalization) and Part B (Medical Services). Many Medicare Beneficiaries choose to supplement Parts A & B with a Medicare Supplement (Medigap) policy.

If you have Parts A and B with a Medicare Supplement and you have a hospital stay. Which parts of Medicare will pay your bill and who will pay first?

a) Part B will pay first, and your Medicare Supplement will pay second.

c) Part A will pay first and your Supplement will pay second.

The correct answer is:

c) Part A will pay first and your Supplement will pay second.

Please join us for our next Workshop!