Last week contained a handful of good news for the US stock market.  US consumer income and spending were stronger than expected in July, new home sales increased by 13.9%, and our Federal Reserve has now taken an increased dovish position suggesting the Fed controlled discount rate may stay lower for longer.

Over the pond, international stocks also participated with the developed market EAFE index rising 1.69% and the Emerging Market index up 2.76% 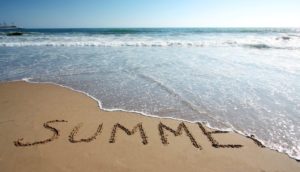 Bond yields increased last week with the US 10 year treasury yield increasing from .64% to .73%.  The 30 year US treasury also increased to 1.52%.  This contributed to the Barclay’s Aggregate Bond Index dropping by (.51%).

This is typically a quiet trading week; however this certainly is not a typical year.  The big expected news is on Friday when the monthly employment figures will be announced.

Hard to believe summer is about to be in the rear-view mirror!

As previously announced, both Apple and Tesla had stock splits lowering their share price.  You can now purchase a share of Apple for approximately 125.30 per share and Tesla for 441.50 per share.  Even though the total value of these stocks remains the same, the attractiveness of a lower share price could lift these stocks even higher.

The Dow Jones 30 stocks are also changing with Exxon Mobile, Pfizer and Raytheon Technologies getting the boot.  Replacing these companies are Salesforce, Amgen and Honeywell International.    The stocks in this index with the highest share price have the most influence on the index.  Apple, because of the stock split, will reduce the weighting within the index by around 7% to 22 to 23%. 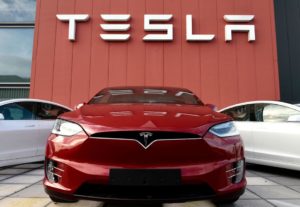 Just because a stock is being deleted from an index doesn’t mean it will perform poorly as many stocks have a good track record after, as they can fly a little more under the radar.

I’m now being asked daily, how the election will impact the stock market!  It’s certainly not so easy to predict, as a lot depends on the balance of power.  Will we have a sweep with either the Democrats or Republicans winning the White House and controlling both the Senate and the House?  Or will we have a balance of power?  Change tends to happen with full control, as that is how the Affordable Care Act and the Tax Cut of 2017 were passed.  I’m guessing without full control, neither would have occurred.

Hearing the experts in the news, it’s being suggested that if Trump wins, much will remain the same.  If Biden wins, we’ll have significant increase of regulation and taxation.  In either case, not much can change until we have a real, distributable vaccine.  It’s hard to raise taxes if the unemployment rate is anywhere close to 10%, so it may not matter who wins, in the short run.

What can be negative for the markets is a combination of higher taxes and rising interest rates!