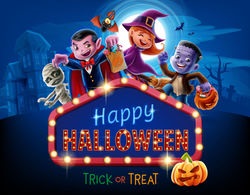 Today we find both the Nasdaq Composite and Small Cap Russell 2000 in correction territory; meaning down 10% or more from their most recent high. The Dow and the S&P are also close to reaching the same level. The last 10% correction occurred in January of this year, when we were down 10% within 10 business days. Will we recover as fast as the January correction? Many believe so, we’ll certainly find out shortly!

One of the only places to hide out last week was in conservative bonds, where the Barclays Aggregate Bond Index was up (.54%).

Last week’s 3rd quarter GDP report came in at 3.5%, which was below the 2nd quarter reading of a robust 4.2%, however, above the estimate of 3.3%. Consumer spending increased to 4%, which helped the 3.5% current reading.

With some reluctance, I’d like to wish the Boston Red Sox and their fans congratulations on winning the World Series. As a die-hard New York Yankee fan, it pains me to see this happen, however in my opinion, Boston is the best team in baseball and deserves the title. Can’t wait for next season!

Approximately one-half of S&P 500 companies have reported third-quarter results, so far. 75% are outpacing earnings estimates with only 60% exceeding on top-line revenue, which is below last year’s average of 73%. Several CEO’s of large Global Industrial Companies are now saying the increased value of our currency is hurting their pricing competitiveness overseas.

We’ve been waiting to see if Corporate Earnings can reverse the current Stock Market direction. My guess is that the combination of Federal Reserve Interest Rate hikes, with comments they will continue, along with next week’s Mid-Term Elections, slowing Global Growth in China and the rising US dollar will provide challenges to overcome.

Economic Data for the Week

Today, Monday, we’ll see the report on Personal Income and Outlays for September. Tuesday, the Case-Shiller Home Price Index for August will be released. On Thursday, we’ll see Manufacturing reports and Friday brings us the Monthly Non-farm Payroll, Employment Report.

Question of the Week (Halloween)

This year I had the pleasure of attending 2 Halloween Costume parties. Many interesting costumes!!

What Adult Halloween costume has been the most popular over the last couple years?

Which is the only team to have achieved that feat twice? Will the Eagles join the 7?

a) The Dallas Cowboys