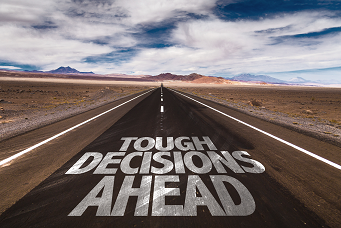 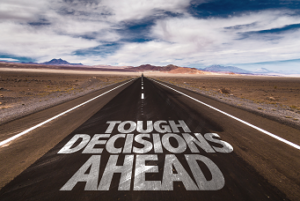 The stock and bond markets have been “banking” on our Federal Reserve lowering interest rates at their upcoming meeting on July 30th and 31st.  Last week, the anticipation was for a .50 rate decrease, however after last Friday’s stronger than expected Jobs Report showing the US economy added 224,000 jobs, the market is now thinking .25.  Not that the market actually thinks by the way!

I think the Fed has backed themselves into a corner by having to cut rates in July.  Perhaps the Fed did in fact increase a little too much in 2018, which I believe to be true.   The reason the Fed is considering a rate decrease is low inflation, slowing Global Growth, and the current on-going trade issue.  Still a bit hard for me to believe with 1st Quarter GDP @ 3.1%, an unemployment rate of 3.7% and seeing the money people are actually spending.  Does the Fed now know something we are missing?  As always, time will tell!

It’s early to start discussing Corporate Earnings; however it’s worth paying attention as many companies have signaled a projected decrease in profits for the 2nd quarter.  Much of the decrease is being attributed to the on-going trade war.  This is most likely one of the main reasons the Federal Reserve is considering lowering rates.  My initial concern about the China Trade War was that I never thought it would end quickly, and I still believe it will be on-going.

Each time the stock market has a negative week or two that is attributed to the trade war, we hear information suggesting negotiations are improving, and the market moves back up! Most likely, earnings will be somewhat negative for the 2nd quarter, however with a rate decrease and positive comments about Trade, the markets should hold up for now.

What if we do get a China Deal and then Corporate Profits and Global Growth again start to accelerate?  Will the Fed stop lowering rates or will the Fed do a 180 and start talking about increasing rates?

Bond yields remain near historic lows as the US 10 Year Treasury yield finished last Friday at 2.04%.  If you’re either looking to purchase a home with a mortgage or looking to refinance, rates are very attractive to say the least.  We can only hope that as borrowing mortgage money becomes cheaper again, that we’ll see a pickup in residential real estate because that has the ability to increase the length of this economic cycle in a positive manner.

I typically do not pay attention to much of the election talk this early in the process, however it’s challenging because there are so many people throwing their hats into the ring this time and discussing increasing taxation in one way or another.

How about discussing our current fiscal situation, including our National Debt, Social Security, Medicare and Medicaid in a way that determines what is actually necessary to get all of this under control?  Neither party has this concern in my opinion!  No, we just talk about how to raise additional funds via taxation for additional new spending programs.  I am very concerned that at some point in the future,  our debt situation will become completely out of control causing an economic meltdown.  When you examine the math, its head scratching!

This week features the 2019 Major League All-Star Game, so here’s the question!…

Which of the following are true regarding Oil?